The Indian market continues to attract large investors from around the world. 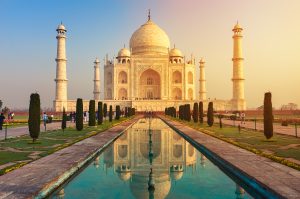 India is only at the beginning of a major development process. Above average growth is predicted for the Indian economy in the coming years, thus making it an exciting prospect for any company entering the Indian market. India is one of the largest economies in the world by purchasing power and the world’s tenth-largest by nominal GDP and third-largest by purchasing power parity.

Following economic reforms in 1991, India became one of the fastest growing major economies; it is considered a newly industrialised country. In 2000, the Indian Government smoothed the way for continued economic growth by liberalising trade through lowering tariffs, offering tax relief, privatising many state companies, opening the country to foreign investment and heavily investing in infrastructure projects. As a result, the market continues to attract large investors from around the world.

Mumbai is considered the centre of the construction industry and is one of the biggest international trade hubs in India with state-of-the-art transportation infrastructure, which is vital to any successful trade show. Mumbai is considered the perfect location for trade fairs such as bC India and LASER World of PHOTONICS, located at the Bandra Kurla Complex and Bombay Exhibition Centre respectively.

Situated in the north of India, New Delhi is the the seat of executive, legislative, and judiciary branches of the Government of India. The city is known as the microcosm of India and is recognised worldwide as a leading area in arts, finance, education, research & development and transport. It is widely seen as the best city to live in India and one of the ultimate cities to visit as a tourist destination.

New Delhi is the home of one of  India’s largest commercial and financial centres and is also an important area for the elctronics industry. The past decade has been remarkable for the Indian electronics industry. The tremendous growth in all segments of electronics has given the industry a key position on the global map. All six major sub-sectors of Indian electronics industry saw growth in production turnover during the fiscal year 2012. Pragati Maidan is the venue for several national and international exhibitions, including electronica & productronica India and is a one of the prime landmarks in Delhi.

Located in the south east of India, Bangalore is one of the major economic centres in India and the second fastest growing major metropolis in the country. Bangalore is known as the Garden City of India because of its greenery and the presence of many public parks. It also has a vibrant theatre, film and music scene, making it a diverse and cosmopolitan city which is reflected in the varied mix of restaurant types and cuisines.

Your stay in India – useful links

View all trade fairs in India

The most important meeting place for the Indian Construction Machinery Industry